Disaster struck last Thursday: I lost my favorite pen. It wasn’t an especially rare or valuable pen, but it’s the one I clipped to my collar every day for years, and I felt attached to it in much the same way as I feel attached to my iPhone. It’s just an object, but when you become accustomed to having a certain object with you all the time, losing it induces feelings of withdrawal. (Don’t worry; I’m fine now. Thanks, Amazon Prime!)

As I’ve documented elsewhere, my custom ever since my college days has been to write in passionate purple ink (at least when I can get away with it). And I’ve long thought Fisher Space Pens were the ballpoint technology to beat, because space, right? Who wouldn’t want a pen that can write upside-down, in zero gravity, in a vacuum, underwater, or on grease? Since you can buy a purple Space Pen refill for a run-of-the-mill Parker pen for mere $6, that would seem to be the ideal choice for someone of my geeky disposition and purple preference. (Spoiler: kinda sorta, but not really.)

You’ve probably heard the story, which turns out to be false: American astronauts supposedly boasted about how NASA spent a million dollars to develop a pen that would write in space, only for their cosmonaut counterparts to shrug and say, “We use pencils.” In fact, the Fisher Pen Company (not NASA) paid for the Space Pen’s development, and it was a solution to a real problem (broken pencil leads can be a big deal in space), not an example of absurd overengineering. 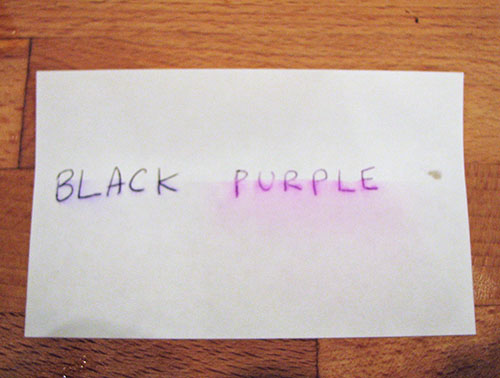 But despite the fact that a Space Pen can write in any environment I might subject it to, purple Space Pens are a bit disappointing. For one thing, they’re available only in a medium point, whereas blue, black, red, and green Space Pens come in fine point too. (I’d much rather use a fine-point pen.) More importantly, and bafflingly, purple Space Pen ink is water-soluble. I tested this back in 2007, and I tried it again today, just to give Fisher the benefit of the doubt. My results were identical. Yes, you can write with a purple Space Pen underwater, but most the ink will then wash away. I never actually have to write underwater, but I have often found that things written with a purple Space Pen bleed or smudge when exposed to humidity or a sweaty palm.

By contrast, a Paper Mate Grip purple pen that I picked up for 23¢ (that is, $2.79 for a box of 12) has 100% waterproof ink, just like any other run-of-the-mill ballpoint. Now, I happen not to like anything else about that particular pen—its shape is all wrong, the little spinny grip thing is uncomfortable, and the clip is completely impractical—but it’s functional in a way my purple Space Pen is not. I can’t write upside-down or on grease with my cheap Paper Mate, and I wouldn’t take it to space, but for ordinary Earth-bound writing, at least I don’t have to worry about the ink smearing.

Don’t get me wrong: My arsenal of purple pens includes more than one Space Pen, and they’re great in some situations. They’re just not great in the way black Space Pens are, or in the way I’d prefer them to be. On paper (so to speak), the Space Pen has everything going for it. In the real world, a 23¢ pen often beats the million-dollar pen where it really counts.

The Space Pen has a better story and a more advanced design, and yet it fails to solve some of my real-world problems. That’s often the way it is with technology: the impressive feature that sells you on a gadget isn’t the feature you need most. 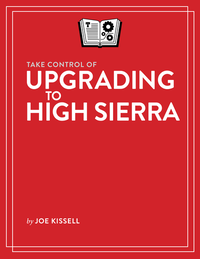